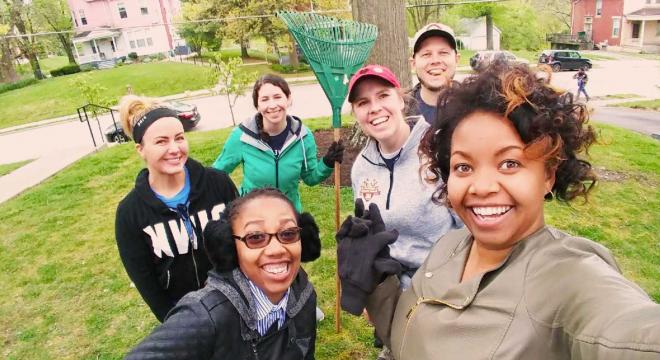 Giving back has been an integral part of Total Quality Logistics (TQL), the second largest freight brokerage in North America, since the beginning. The company’s leadership, all homegrown in Cincinnati, has strong ties to the local community and has always encouraged their employees to get involved in giving and volunteering.

TQL Cares – the company’s workplace giving program – was established in 2006 to deepen employee engagement, while making a positive impact in the community. For 10 years, this program took a fairly traditional approach, with an annual giving campaign that lasted two weeks, small matching programs and volunteer endorsements, but only for Cincinnati-area employees.

As the company experienced major growth, expanding to 58 satellite locations across North America, their workforce also shifted towards a younger demographic now comprised of 90% Millennials.

With the TQL expansion, most employees were new and it was important to help them connect with each other, the company and their local communities.

Finding local giving and volunteering opportunities across locations was a challenge, and administrators discovered that what was meaningful for people in Cincinnati didn’t necessarily resonate with those in Orlando or Knoxville.

TQL’s traditional approach to annual giving, informal matching and volunteering programs was all managed manually, by various administrators, with spreadsheets and forms. With no central place for people to connect with TQL Cares, the programs were under-promoted, under-utilized and they underperformed. 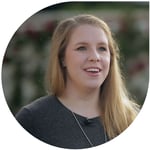 “We realized our people weren’t as engaged as we’d like,” says Corey Drushal, Corporate Giving Specialist at TQL. “Many had nonprofits and causes they were supporting for personal reasons and were more focused on those than on the company's strategic giving pillars.”

With a largely Millennial workforce, TQL was finding that their traditional approach wasn’t resonating with their people.

Employees were expressing interest in donating to charities outside of the charitable options provided to them, and the existing system made it difficult to support their personal passions.

The program administrators for TQL Cares started by talking to their people. Through employee surveys and conversations, they discovered that their people were as passionate as their leaders about giving back — they were just doing it outside of the company program, with organizations close to their hearts.

It became clear that TQL needed to rethink their program, but making the decision to shift their focus from a limited, annual campaign fundraiser to one that included personal choice wasn’t easy.

The executive team understood it was important to do what was best for the broader team, so Drushal started looking for a new platform that could meet the desires of their people to give to the charities of their choice.

"Our people are empowered to run their sales teams like their own business, so we take the same approach with their charity work,” says Drushal. “TQL Cares plays a support role, helping increase employees' impact by providing tools that allow them to easily drive their charitable involvement."

TQL chose Spark, Benevity’s integrated, cloud-based solution to evolve their program. They launched it with their fall giving campaign, allowing employees to donate to charities of their choice as well as their traditional campaign for the first time ever — and they saw great results.

TQL employees across the country volunteer in their local communities.

On top of realizing a record 75% participation in the fall campaign, TQL also saw a 33% increase in total donation dollars.

“When we were able to talk to our people and really hear what it was that they cared about, it went much further for us as a company than trying to drive involvement through company initiatives,” says Drushal. “So we put the power back in their hands with choice.”

Spark made it possible to bring all of TQL’s programs — giving, matching, volunteering and team competitions — onto one TQL Cares-branded platform, so their employees could donate easily and admins could manage the program all in one place.

“TQL Cares can be more hands off administratively, but employees feel like we are more involved because we’re offering them a better tool with more options,” says Drushal.

After the campaign, the stories poured in. One employee who had a premature baby in the local NICU at the time of the campaign was able to direct his donation to that local hospital and told TQL he was moved that he could do that and get a company match to increase his impact.

“We heard lots of stories like that, and it went a long way to building employee morale,” says Drushal.

Scaled culture across the map

Most importantly, TQL employees know that the company they work for cares about what they care about. By opening up giving to support the causes and organizations that matter to their people, the company was able to go beyond traditional corporate philanthropy to create a culture of giving back that engages their people and builds community leaders.

“Our people are our greatest resource and giving back to the community is one way to keep our employees motivated and engaged,” says Kerry Byrne, TQL President. “Moving our annual giving campaign to the Benevity platform gave us flexibility with our contributions and, as a result, our participation reached an all-time high."

TQL experienced significant business growth and with it, a major shift in their workforce. With more than 90% Millennial workers and an expansion to over 58 offices, they knew they needed to rethink their workplace giving, matching and volunteering program to increase employee engagement. Here’s how they approached making change in their company and the positive impact that flowed from it.

Schedule a demo to learn more about how you can boost employee engagement and build a culture of Goodness by adding year-round, open-choice giving.