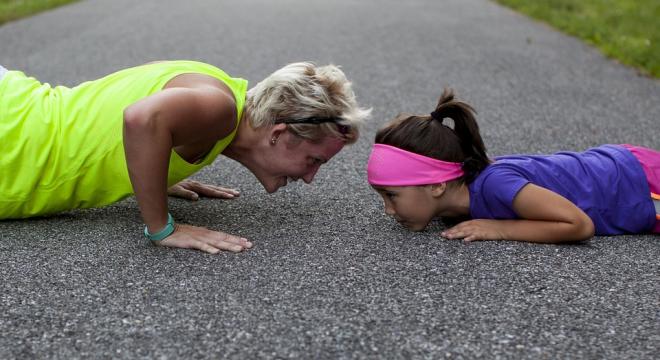 At Benevity, we’re fortunate to be surrounded by companies who understand that pressing for gender equality will help us build more innovative, creative and successful communities—and companies. By thinking deeply about belonging and inclusivity, and weaving equality into corporate cultures, companies are creating workplaces where everyone can be their best selves. And they’re taking the opportunity to showcase these efforts on International Women’s Day, which has been celebrated on March 8 since the early 1900s.

In alignment with this year’s International Women’s Day theme, #PressforProgress, many companies brought gender equality issues to the forefront  through employee resource groups (ERGs), internal events that showcased female entrepreneurs, skills-based volunteering and bringing gender equality into the D&I discussion. But what’s even more interesting is that charitable giving also increased on International Women’s Day—though not in the way that you might imagine.

According to Benevity data from millions of Fortune 1000 employees, there was a notable spike in donation activity on March 8, 2018, with triple the total amount donated last year. Yet the funds earmarked for charities that we would typically label as women’s causes only made up about 7% of all donations on the day dedicated to women. That includes causes supporting women in engineering and tech, advancing equality for women in the LGBTQ community, acting against violence toward women, fighting the exploitation of women and increasing the health and welfare of low-income women.

So, why did companies and their people donate triple the dollars on International Women’s Day if women’s causes only received 7% of the total donations? To understand the relationship between top causes receiving donations and International Women’s Day, start by considering recent events, and then look at the causes through the lens of a large subcategory of women: mothers.

For example, one of the top causes receiving funds on International Women’s Day was Everytown Gun Safety Support Fund. Gun control sparks heated debate among many interest groups and mainstream media alike. So, why might this cause resonate with women more than other individuals? The recent school shooting that took the lives of 17 students and teachers in Florida has brought renewed attention to Moms Demand Action for Gun Sense in America, who have gained unstoppable momentum over the past five years in opposition to the gun lobby.

This led to an interesting finding: rather than seeing an increase in giving to women’s causes on International Women’s Day—the same way we see funds going to veteran’s causes on Veteran’s Day or to men’s causes during Movember—the data actually shows funds going to causes that are overwhelmingly supported by women.

Suddenly, a remark from one of Benevity’s work-life ninja moms came to mind. On last year’s International Women’s Day, she explained that going back to work after becoming a parent was a decision made with her little one in mind, to create a better world for her baby to grow into.

And while there are no right or wrong ways to give, we would encourage companies to do more to support women in the workplace. Giving to causes that empower women to achieve economic independence represents an important step in the required diversification of our workplaces and the pursuit of real gender equality. Companies can take action by highlighting women’s causes through their workplace giving programs, applying company matching funds to boost participation, featuring volunteer opportunities with women’s causes and even engaging the public through charitable gift card or matching campaigns.

There is no shortage of causes with the mission to press for progress toward gender equality: Society of Women Engineers, Women In Need, Young Women Empowered, Dress for Success, YWCA, Women’s Alliance for Leadership, Canadian Women’s Foundation, Girls Who Code, Women for Women International…to name a few. And, to be fair, we are seeing incremental progress towards corporate support of these causes. This year alone, there was a 75% increase in Benevity clients featuring women’s causes through our International Women’s Day campaign kit within their companies.

The good news is that nearly $8 million has been donated to women’s causes this year through the Benevity platform leading up to International Women’s Day. The accompanying reality is that this amount only accounts for 3% of all giving.

Learn how Accenture, Ball, Genentech and Intuit are pressing for progress.

Find out how, and why, Benevity’s CEO contributed $100,000 of personal funds in a public 2-to-1 donation matching campaign.