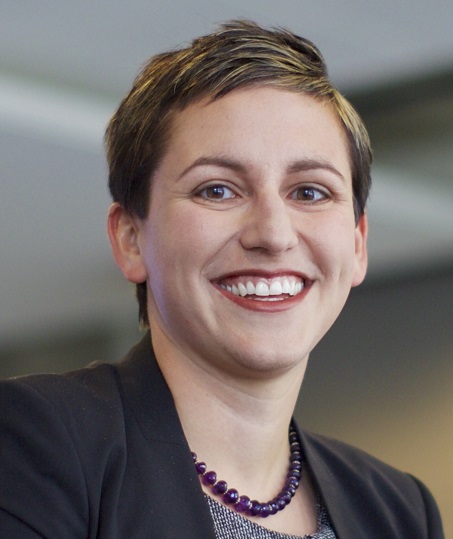 CALGARY, AB – October 11, 2018 – Benevity, Inc., a leading global provider of corporate social responsibility and employee engagement software, today announced that Kelly Schmitt has agreed to join its executive team as Chief Financial Officer as of October 18, 2018. Kelly will assume her role on February 19, 2019, following the completion of her parental leave.

Kelly brings almost 20 years of growth company finance and capital markets experience to Benevity. Prior to joining the company, she held CFO roles at Solium Capital Inc. and SMART Technologies. Kelly has extensive experience in all areas of finance operations, including strategic planning, financial systems, reporting, financing and M&A. Kelly is a Chartered Professional Accountant and a Chartered Financial Analyst charterholder.

“We are thrilled to be welcoming Kelly to the Benevity executive team,” said Bryan de Lottinville, Benevity Founder and CEO. “Having worked with and helped build some of Calgary’s fastest growing tech companies, Kelly brings a strong track record of leading dynamic businesses through critical milestones with a wealth of experience, talent and passion for developing high performance teams. We know that she will be instrumental in helping Benevity execute on its ambitious growth plans and, equally importantly, deliver on our social mission to infuse the world with a culture of Goodness.”

“I’m thrilled to be joining the Benevity team at this exciting time in the company’s growth and expansion,” said Kelly Schmitt. “Benevity is one of those rare places that has a deep sense of purpose that permeates every aspect of its business, from its operations to its culture. I look forward to being a part of an impressive team to help lead Benevity into its next stage of growth.”

James Pettigrew, Benevity’s current CFO, will be staying on with the company until early 2019 to ensure a smooth transition, as he stated in a company announcement about his departure made earlier this summer.

“James has played a vital role in the past 3 years at Benevity,” said de Lottinville. “He helped evolve the company’s proprietary funds distribution network, closed major financing and acquisition deals and brought increased automation to this critical part of the business. We sincerely thank him for his contributions.”

Today, Benevity’s client base is comprised of more than 450 global brands, who are taking advantage of the company’s award-winning cloud solutions to engage their employees and supportthe causes and initiatives they care about to make a difference in the world.

Benevity’s announcement of a new CFO is the latest in a series of major business announcements, all focused on bringing increased scale, automation, integration and efficiency to the sector. Earlier this year, Benevity announced the acquisition of grants management company, Versaic, as well as TrustCSR, a UK-based corporate social responsibility consultancy. These followed a strategic investment from General Atlantic, accelerating the company’s leadership in the enterprise Goodness market.

About Benevity Benevity, Inc., a certified B Corporation, is the global leader in corporate social responsibility and employee engagement software, including online giving, matching, volunteering and community investment. Many of the world’s most iconic brands rely on Benevity’s award-winning cloud solutions to power corporate “Goodness” programs that attract, retain and engage today’s diverse workforce by connecting people to the causes that matter to them. With software that is available in 17 languages, to an employee base of 10 million users around the world, Benevity has processed over 2.5 billion dollars in donations and 15 million hours of volunteering time this year to almost 150,000 charities worldwide.