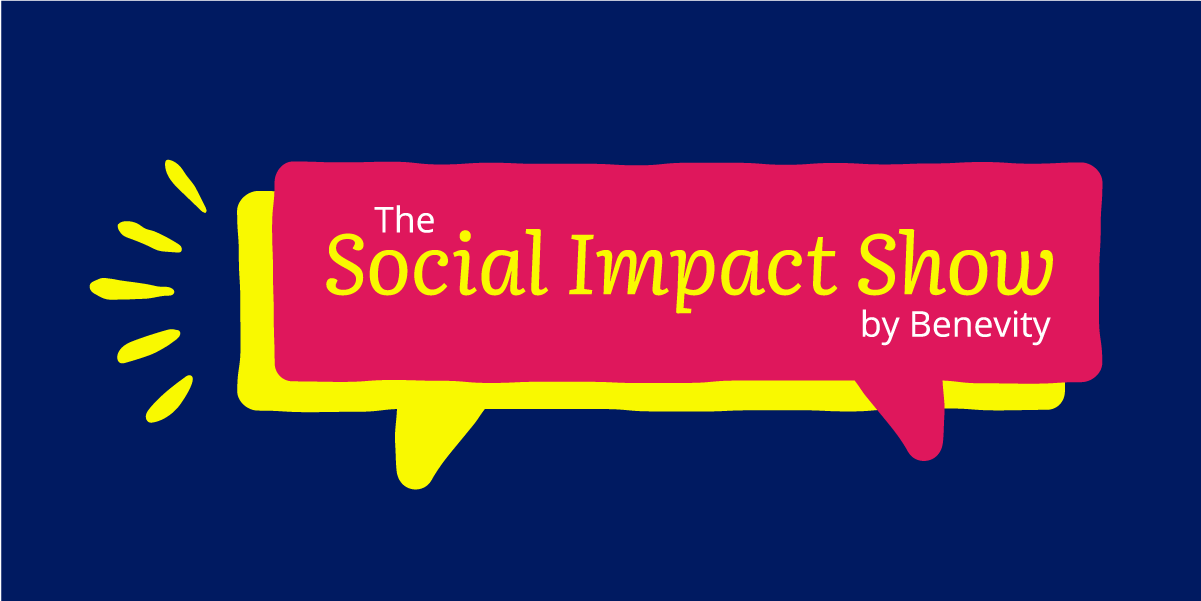 How to Develop a Corporate Social Responsibility Program — Part 4: Advocacy

In this episode, we discuss Part 4 of developing a Corporate Social Responsibility (CSR) strategy: finding and developing advocates. We discuss the three parts of finding internal advocates and why the other phases of research, articulate and "back-it-up" must be completed before starting this phase. We also explore where to find the most unlikely internal advocates.

Watch and Read Part 3: Back It Up

Watch and Read Part 5: The Pitch

Read what we discussed:

So today I'm joined by Nicole Campbell, CSR expert, and we're talking part four of our five-part series on developing a CSR program. And this part is called advocacy, or how to get advocacy. So Nicole, can you explain more?

And I think it's really important if you haven't been following step one through four to date, you might want to check that out, because [00:01:00] everything that you need to get to the point that we're at right now is covered in those sessions.

So today we are talking about advocacy, and this is a really short one, but it's more so just keeping in mind the importance of building the profile of the work that you're doing of yourself, and making sure that everyone that you're going to be pitching this to, or even working with to execute on it are in the loop, providing you with feedback and their thoughts early in the game.

So the first thing [00:01:30] you want to do in terms of advocacy is sit down and write down who you think your internal advocates actually are.

These could be any sort of stakeholders that might be at the table when you're going to pitch this, try to have those conversations early, ask them for their feedback.

Sometimes it's just a matter of asking their executive assistant to throw 15 minutes on their calendar where you can ask them questions about what they know about CSR, what they'd like to see, those types of things.

You [00:02:00] also want to be really close with some of your key partners when you want to execute out on this once you actually get the buy-in.

So talking early to internal communications as an example, your marketing team, your sustainability teams if you have those.

And then anyone that's managing or oversees some element of employee engagement.

If you don't have an engagement team, connect with your HR folks, you really need to make sure you get these relationships going early in the game [00:02:30] and find out ways that you can benefit them.

So as an example, internal communications is going to be really important for an aspect of your program.

You should figure out if they're lagging on content, or something that you can do to help them be successful through the work that you're doing. And it's as simple as that.

And I think the last thing in terms of advocacies is making sure that you're getting the voice of your employees from all of your locations, and hearing [00:03:00] what they care about too.

Are you also creating advocates for your CSR Program?

Now, when you say advocates, obviously there'll be champions in your organization, but in this phase, do you also go out and try to change, or try to create advocates?

That is the entire phase exactly.

So I'm glad that you clarified that.

You won't be at the point of building out internal champions for your actual internal program until you've already had it approved, [00:03:30] but you need the people to be on your side, because by the time you go and actually present to get a buy-in and then actually want to implement some of these programs, you're going to need your partners.

And it's a lot easier to gain those relationships earlier than later, especially if they can put their imprint on your program or provide you early feedback before you get too far in the game.

It’s just being conscious and intentional about building those partnerships, creating those advocates, and finding mutual benefits between the different groups and relationships that you have.

What can you give in order to get the support that you need?

But how come this is number four? Wouldn't you think yes, you do your research.

Yes, you do articulate, but wouldn't this phase be kind of more around number two or number three, rather than number four?

Advocacy phase can’t be done until all other phases completed

I think part of [00:04:30] the ability to gain internal support and advocates is being able to intelligently talk about what it is you want to do.

And I don't think that you can truly do that until you've done your research, you know how to back it, you know what you're solving for.

This way, when you go into a conversation, you can be like, "This is how it's solving for the business. This is what we're going to do.

These are what other people are doing."

And this is before the actual pitch to executives. All of the stuff is just ramping up to get you to that point to get that buy- [00:05:00] in.

Lining up your supporters

Well, it's really interesting because my understanding is when you go into the back it up phase, when you go into articulate phase, you're already pitching. But I think obviously in part five, we cover pitching, which you'll see here. Who are you talking to then?

Before we get into the final phase, is this where you're essentially in line with all your people that will I guess go to [00:05:30] bat for you when you're actually doing a final pitch to leadership and executive?

So you're already starting, like you mentioned, during your research phases, you're still building those relationships, but it's a little bit more ambiguous.

Now you're at a point where you're able to confidently share information around your value proposition and what it is you're trying to do.

Exactly. You're lining up your support before you go the big meeting when you are pitching it in a more formal [00:06:00] way.

Well, do you have anything else to add?

I don't think so. By the time you get to advocate, you should already know who those people are. I think you're going to be set if you follow all of the other steps leading up to this one.

There is one question I have for you.

Have you ever found that in organizations, you find advocates in the most surprising spots? Like people you would never have guessed actually pop up and [00:06:30] become advocates?

Yeah. I've seen a couple of times some of the unlikely characters being a huge board member on a really, well-known not for profit that all of a sudden you realize, "Oh my gosh, this person loves this work. I had no idea. I was actually kind of scared of them."

So I think once you start talking to people and asking for introductions,

I tell people a lot to go to HR Business Partners, [00:07:00] because they know the business, they know the personalities of the business leaders too, and they can direct you in the right way to find those sort of surprise supporters.

So if you want to learn all the phases of how to build a CSR program, check out this playlist here, as well as this playlist for other strategies and tactics to grow and develop your CSR program.

Thanks for watching, and we'll see you in our next episode.

The Social Impact Show publishes new content weekly so check back regularly for the latest information, strategies and tips from CSR experts.

Nicole’s passion for behavioral science plays a key role in her ability to help organizations manage and adapt to change.

Nicole has worked with companies of all sizes, industries, program varieties, and varying levels of executive support — and has had a hand in designing or growing Social Impact programs for some of the biggest brands out there. Her role, working with so many different companies, has provided her with a wealth of experience, data and anecdotes that have shaped a strong understanding of what works, what doesn’t and what’s next.

Measuring the "S" in ESG: Why social impact needs a registry

How to collect social impact data and measurement tools to consider